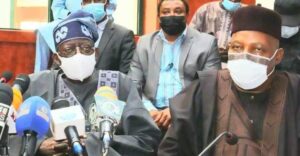 This online news platform understands that Tinubu announced Shettima as his running mate for the 2023 Presidential election while addressing journalists in Katsina State, northern Nigeria, on Sunday, July 10, 2022, according to a presidential aide, Buhari Sallau.

Giving reasons for his decision, Tinubu said on Sunday in Daura, that he chose former Borno State Governor, Kashim Shettima, as his running mate because he is “competent and reliable”.

Tinubu, who said this shortly after he visited President Muhammadu Buhari at his Daura home in Katsina State, claimed that the APC has a better programme for the country and is ready to serve.

Speaking shortly after a closed-door session with the President, he explained why he chose Shettima as running mate saying, “I chose him because he is competent, capable and reliable.”

Kashim Shettima attended Lamisula Primary school Maiduguri between 1972 and 1978. He had his secondary education at Government Community Secondary School, Biu, where he obtained his West African School Certificate in the year 1978. Kashim Shettima also schooled in Government Science Secondary School Potiskum between 1980 and 1983. After his secondary education, Kashim Shettima attended University of Maiduguri where he studied Agricultural Economics and graduated in the year 1989 with Second Class (Upper Division). After his graduation and Youth Service, Kashim Shettima, without any waste of time, enrolled for a masters program, and eventually got his Masters Degree in Agricultural Economics from University of Ibadan in 1991.

Having acquired his Masters Degree, Kashim Shettima got employed as a lecturer at the Department of Agricultural Economics, University of Maiduguri in 1993. Shettima later left lecturing for banking job where he rose to the position of a General Manager in the year 2007.

In the year 2007, Kashim Shettima was appointed Commissioner of Finance and Economic Development in Borno State. He later moved to the Ministry of Local Government & Chieftaincy Affairs, also as a Commissioner in the year 2008.

In April 2011, Kashim Shettima was elected the governor of Borno State on the platform of ANPP.

Kashim Shettim is from which state? The APC politician is from Shettimari = Borno State, Nigeria.

Shettima began his schooling at Lamisula Primary School in Maiduguri between 1972 and 1978, before transferring to the Government Community Secondary School in Biu in 1978, where he completed his secondary school education and received his West African School Certificate Examinations (WAEC) in 1980.

In 1983, he was admitted to the University of Maiduguri for his first degree program, earning a Bachelor of Science (Honours) degree in Agriculture Economics with a second-class upper division.

From 1989 to 1990, he worked for the Nigerian Agricultural Cooperative Bank in Calabar as part of his National Youth Service (NYSC), after which he studied agricultural economics at the University of Ibadan from 1990 to 1991.

Shettima worked as a lecturer at the University of Maiduguri’s Department of Agricultural Economics from 1991 to 1993 after earning his master’s degree.

He later worked as an Agricultural Economist for the Commercial Bank of Africa in Ikeja, Lagos State (1993-1997). He worked as a Deputy Manager, then Manager, at the African International Bank Limited’s Kaduna Branch from 1997 to 2001, and then as Deputy Manager/Branch Head of the Zenith Bank’s Maiduguri Office from 2001 to 2005.

He was appointed Commissioner of the Borno State Ministry of Finance and Economic Development in the middle of 2007. Later, under his predecessor, Borno Governor Ali Modu Sheriff, he became a Commissioner in the Ministries of Local Governments and Chieftaincy Affairs, Education, Agriculture, and Health.

Engineer Modu Fannami Gubio was chosen as a governorship candidate in the ANPP primaries in January 2011. Gubio was assassinated by gunmen later that year, and Shettima was chosen in a second primary in February 2011, and went on to win the general election on April 26, 2011.

He ran for re-election after his first term as governor of Borno State and was elected for a second term in April 2015.

Alhaji Shettima is a practicing Muslim and is married to Hajiya Nana Shettima. The marriage is blessed with children.

He entered the banking industry in 1993, working for the (now defunct) Commercial Bank of Africa Limited in Ikeja, Lagos State, Southwest Nigeria, as the head of the accounts unit.

Kashim Shettima was born into the family of Alhaji Shettima Mustafa Kuttayibe in Maiduguri, Borno State, Nigeria. Nana Shettima is his wife, and they have three children: two females and one male.

Kashim Shettima is said to be living large and financially stable with his family, so based on estimate, he is worth more than $3 Million. 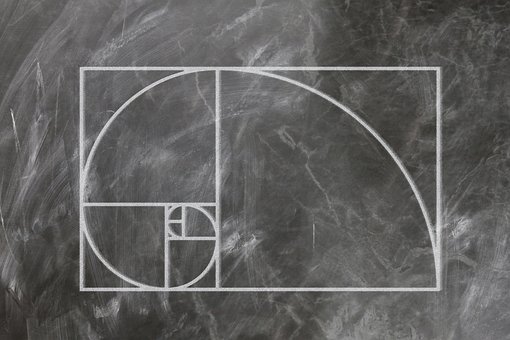 Read More
Four bodies have been recovered from Friday’s boat mishap at Ojo area of Lagos.   The four bodies,…
Read More
This post covers all you neeed to know about Things To Know About JAMB UTME, most likely asked…
Read More
The Chief Of Staff To Akwa Ibom State Governor sacked. In a Memo Signed by the Secretary to…
Read More